The short answer is yes we all need therapy. You have a brain, and you’re human, and we all need therapy. It’s beneficial to make sure you and your brain are functioning in the most optimized and efficient way! The answer to this is simple, it’s yes, but this question isn’t actually the one you’re trying to ask when you ask it. When I hear this question I know that you actually want to know is “How do I know if I need therapy?” and “How do I know when to go to Therapy?”

So you’ve got the short answer, which is, yes, you need therapy. For some this might be all you need to hear and you’re off to schedule an appointment. But for others we gotta get into the long answer, which is how do you know when you need it and when should you go to it. 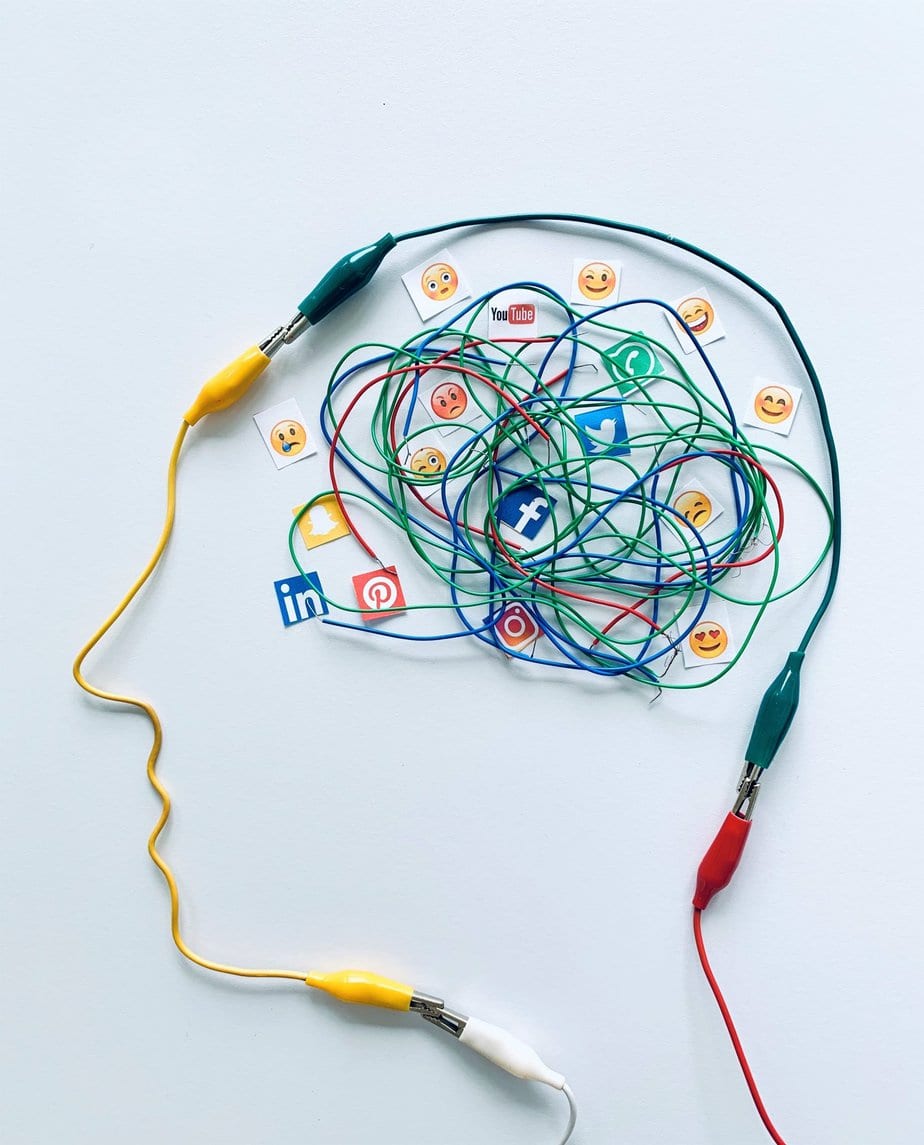 Our brains are complicated. They work more like our smartphones and computer than anything else. If your phone is like mine the battery is always dying, I’m out of data, my storage is full, and I get these annoying alerts to update or download something. Our brains work the same way! Sometimes there are apps running in the background taking up space, draining our energy, using our storage and giving us alerts through our emotions and sensations in our body to do something. When our phones give us the alerts and notifications to do something it tells us exactly what to do. But our brain is more complicated which means when our alerts come in there are times we have no idea what to do. So typically, we do nothing. Then the alert turns on louder and stronger and that’s when you know you need therapy. When the alerts keep showing up, and you don’t know what to do about it because they won’t turn off.

Maybe the alert is similar to how I feel about my LinkedIn notifications. You see it there but aren’t interested, so you don’t do anything about it. If that works for you, and you’re good with it then cool!

But for me, I dread seeing that little red bubble with the number of notifications in it. It’s not about the alert itself; it’s what it means (more work, effort, time, etc.) It’s attached meaning which is a whole other blog for another day! So when I ignore the alert, more alerts show up and the number of unanswered notifications get higher and higher.  And guess what?!  The frigging alert then goes to my email with notifications about the notification.

See how that got bigger faster? It showed up elsewhere just to make sure I got it. That’s what our brain does! If you miss the alert the first time, or even the first 10 times, it’ll show up somewhere else until you do something about it.

So maybe it shows up when snapping at the kids, friends, partners, or coworkers. Perhaps it looks like low energy, ongoing thoughts of what you don’t want or can’t do. Even thoughts comparing yourself to others, “what’s wrong with me?” “what’s wrong with them?” Maybe it’s even the way your body responds to things; racing heart, pit in stomach, tight chest. Or perhaps it’s just been feeling stuck and unsure what to do.

Everything we experience is data and information. Just like computers! There’s an input of information and an output of information. When our senses take in information there’s a response. You hear your cell phone ring, someone taps your shoulder, you taste sour milk, you smell flowers. That’s an external data response. It’s simple and makes sense. However, our brains are not simple. They are so complicated because they are more advanced, which means it’s prone to error. Not all the time though! If I show you a picture of a horse, you don’t try and feed it carrots! You get its data and information about something. Or when you see a picture of a burger on the menu at a restaurant, you don’t start eating the menu! You get that’s data and information ABOUT something. If you and I are walking along the beach and I say “Whoa! Look at the person running!” and you say “Jaime, there’s no one there. Those are just footprints!” You get that’s data and information ABOUT something that happened! Imagine: A guy goes to a corner store and is held up at knife point. As he’s sitting here later telling you and I about it, he starts gasping for breath, he starts turning white. You say, “Buddy you’re safe, you’re okay” and he says “I know” but a part of his brain didn’t get the good news that things are completed, defeated, and done. That part of his brain (the BOTTOM brain) controls his circulatory system; it’s why he’s turning white. And his respiratory system, it’s why it’s hard to breathe. So everything we experience is data and information. But when something is painful, negative, or disturbing, it slams into our awareness and our brain  attaches stuff to it (meaning, wrong time zone, etc.). It’s never events that impact us later; it’s the stuff that’s been attached to it! That’s what an internal processing glitch is!

When you think of something and stuff shows up.

So now that you know HOW you know when you should consider therapy, let’s get into when do you go….  Now!

Yup! For any of those looking for the short answer, it’s now. People often ask me how long they should wait after something happens before going to therapy. And because I’m often sarcastic, my answer is “I don’t know, how long do you feel like suffering for?” There’s no hard timeline for stuff. There’s not a formula that says if this happens then wait this many days before going to therapy.

If something shows up that’s been troubling to you, then go now. Go when you’re interested, go when you’re ready, just go! Part of knowing how you know you should go to therapy is also part of knowing when. If there’s been a data glitch showing up with a response that’s been problematic or troubling to you then go and get that taken care of. Our brains are designed to go out of tune, just like a guitar. Guitars are designed to go out of tune, whether you play them or not. When it goes out of tune you don’t throw it away or think something’s wrong with it. You simply re-tune it! When a musician plays a guitar that’s been out of tune we don’t think they suck at playing music, we think they’d sound even better with the guitar in tune!

Our brains work the same way and are designed to go out of tune…whether you use it or not! So if you’ve noticed feeling stuck (thoughts about self, thoughts about others, negative emotions, sensations in body) then your brain may be out of tune.

Not all therapy or therapists are the same though. So here’s how I think of it, and you should too. I believe therapy is like going to the dentist. You don’t go every time you need to brush your teeth. You are more than capable of doing that on your own. You go when something shows up that a dentist takes care of…that’s why you don’t see “Do It Yourself” cavity filling kits at Walmart. You also go every now and then for a check-up or cleaning. And some people make it their whole lives and never go. That’s okay too. It doesn’t mean they shouldn’t go to the dentist. It just means they’re cool with how things are for their teeth and their mouth. So think of therapy like going to the dentist. You go, you get stuff taken care of, leave with a fresh, clean smile and come back every now and then for check-ups or cleanings or when something shows up a Dentist takes care of. Anything else is called rent-a-friend and I know we can all do better than that!

So that’s the long and short of it. Yes, we all benefit from therapy and should go, and you should go as soon as you think of it. You have a brain, and it’s designed to go out of tune. So when you notice it’s been out of tune then take it in to be re-tuned. You may even find that you’ll learn how to tune things yourself. Just like brushing your teeth. Heck you may even be awesome with dental hygiene and floss! You learned that from the dentist and get it done yourself. So get to therapy, see what you learn, get things done, and enjoy how fresh it feels after!

And because there is so much stigma around mental health and therapy I’d like to leave you with this thought:

You are not COVID-19, you are not cancer, you are not an ear infection… We don’t describe ourselves by our physical symptoms or diagnoses so why would we do that with mental health ones?

You are not depressed, anxious, trauma, alone, or any other symptom or diagnoses. You are not what you’ve been thinking, feeling, or doing. You are not the worst thing you’ve done or had happen to you. You are not what your brain has been doing! It’s been playing you because it’s been out of tune! So get to therapy – we all need it. And getting there now is what has the most benefit for you AND for others. Your phone works way better with all those apps cleared out. There’s even some fun new emojis when you install the software update. Think about that for you and others. Things work way better when your brain is updated. And imagine all the new emojis you might just get to experience.

Stay connected and up to date with information about services, tips, resources, and much more!